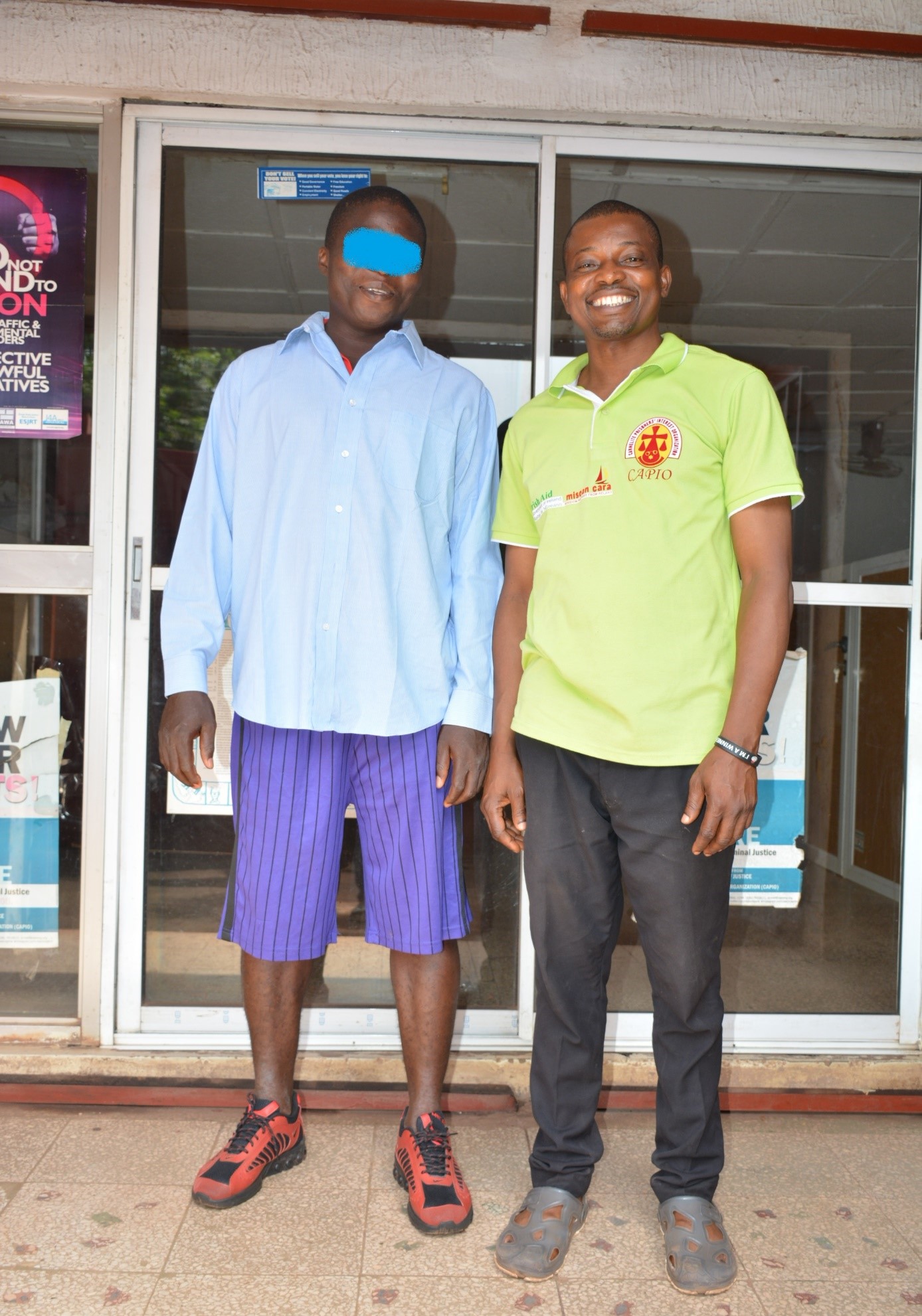 The defendant is a young man of about 25 years. He does menial job at the Ogbete main market Enugu where he carries wares for shoppers. He is seemingly homeless as he moved from place to place in Enugu. 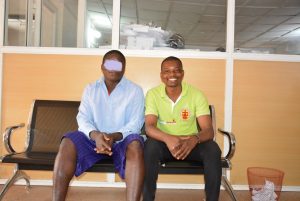 The defendant and Bar. Wilson Nneji

Sometime in May 2019 on his way to work with his wheelbarrow, he decided to pick some scrap metal that has been laying along the pathway he takes to work within the premises of the Nigeria Railway Cooperation (NRC). According to him the scrap metals has been there for long and he assumed it belonged to no one; but as he was picking the metals and putting it into his wheelbarrow, officials of the NRC came on him and arrested him labeling him a thief and accused him of vandalism. He was taken to the Railway Police Station where he was detained and subsequently charged to the Magistrates Court and remanded in Prison custody.

The State later arraigned him at the High Court, but his trial could not commence because he had no legal representation. CAPIO legal team met him in court and seeing that he had no lawyer offered to provide him with free legal services.

The defendant pleaded guilty to the charge and was sentenced to 3 months community service on the 15 of December 2020.