CAPIO Advocates for the Enforcement of Inmates’ Rights to Vote

CAPIO Advocates for the Enforcement of Inmates’ Rights to Vote 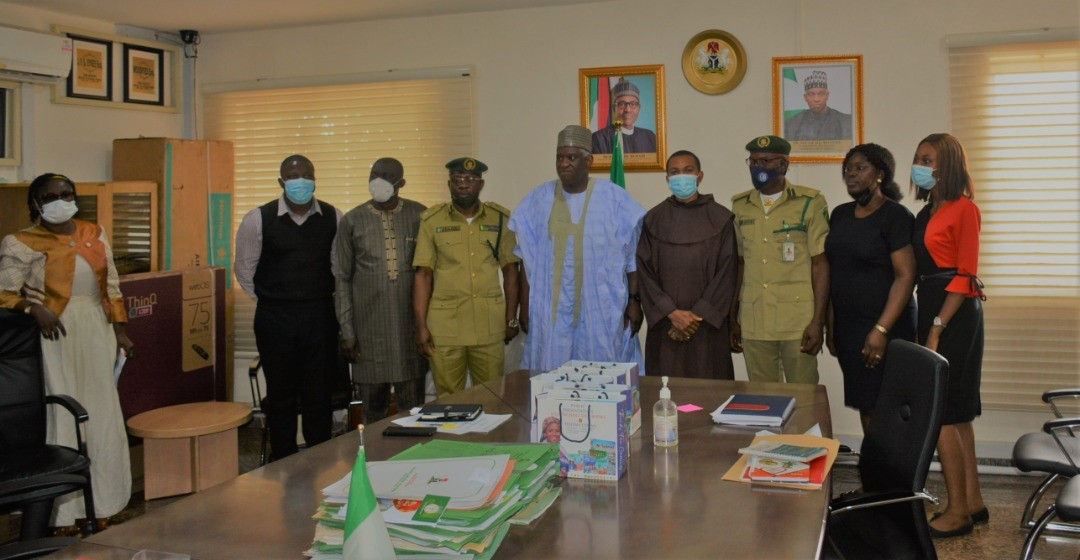 The Carmelite Prisoners’ Interest Organization (CAPIO) having identified the willingness of inmates to participate in electoral processes, designed a project titled “Pollrite23”. Pollrite23 which is funded by Voice Nigeria, champions the enforcement of inmates’ rights to participate in elections in Nigeria. For effective implementation of the Pollrite23, CAPIO team led by the Executive Director – Rev. Fr. Jude Isiguzo, (OCD) paid a courtesy visit to the Controller General of the Nigerian Correctional Service – Haliru Nababa on Thursday 16th August 2021.

The Controller- General of Nigerian Correctional Service (NCoS) acknowledged numerous interventions of CAPIO which has improved the wellbeing of inmates in Nigeria. He assured CAPIO that NCoS will keep supporting CAPIO as long as interventions improve the well-being of inmates in Nigeria. The Controller General of NCoS – Haliru Nababa present (I don’t understand) with a plaque in appreciation of her unflinching support over the years. In return, the organization presented the Controller General with Gender Sensitivity Manual and CAPIO Strategic Plan.

In the same vein, on Monday 13th September 2021, CAPIO team led by the Executive Director – Rev. Fr. Jude Isiguzo (OCD) paid a courtesy visit to the Minister of Interior – Ogbeni Rauf Aregbesola. The Minister was represented by the Permanent Secretary, Ministry of Interior – Dr. Shuaib Belgore.

CAPIO Executive Director introduced the Pollrite23 project which is aimed at facilitating the engagement of inmates in electoral processes. A representative of the Controller General of Correction Mr. Attah pointed out the role to be played by the Independent National Electoral Commission (INEC) and assured that a committee will be set up by the Nigerian Correctional Service (NCoS) on the effective implementation of the project. The Permanent Secretary appreciated CAPIO and assured her that once the intervention does not contradict any law, the Ministry is willing to support the project.