The beauty of life and humanity rests on the ability to extend unconditional love and help to the vulnerable and down trodden members of the society. One of the core areas of CAPIO’s intervention is Rehabilitation; which is targeted towards achieving skilled and well-adjusted reformed returning citizens (ex-inmates). One effective way of actualizing this mandate is the establishment of the Centre of Hope (Half-Way Home) funded by 8xmille funds from the Italian Catholic Church for the rehabilitation and empowerment of returning citizens for their effective reintegration into the society.

The Bishop in his remark commended CAPIO for achieving this giant stride and stated that such feat is worthy of emulation.

Rev. Fr. Ambrose Ekeroku, OCD, the Executive Director of CAPIO, while addressing all present, stated that the reason for the establishment of the Centre was for the rehabilitation of ex-offenders for their effective social reintegration. The Centre has a comprehensive rehabilitation program which includes education, skills acquisition and economic/financial empowerment. The Centre would have a capacity of one hundred and fifty returning citizens. He stated further that the Centre would be self-sustaining as there would be a large scale animal husbandry (piggery, poultry and fishery) that would be operated on a commercial basis. In addition, one hectare of land would be used solely for subsistence agricultural purposes.

Delivering the vote of thanks, Rev. Fr. Canice Azouma, OCD thanked the Bishop immensely for his strategic role in the project right from its conception to its implementation. The project is being funded by Episcopal Conference of Italy (CEI). 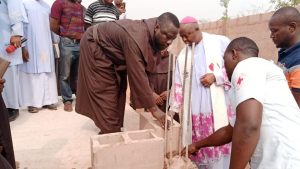 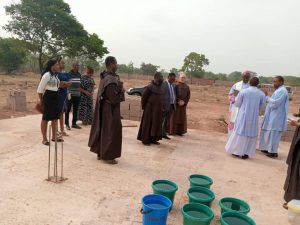 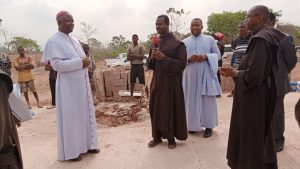 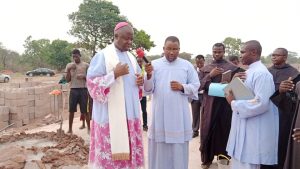 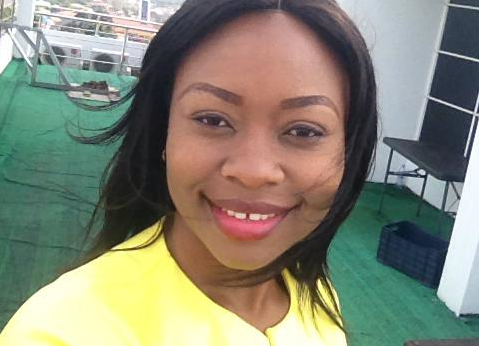