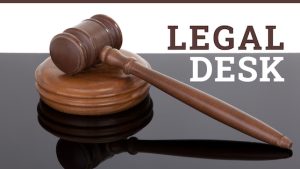 Extra judicial statements are statements made by suspects before police officers and other law enforcements agents at the police station before the suspect or accused person is charged to court.

It is not compulsory under any law in Nigeria that every person arrested must make a statement. Justice Ngwuta in the Supreme Court case of STATE v. RABIU (2013)4 NWLR (Pt. 1437) page 385 at page 624 lamented the practice of police officers resorting to torture and brutality to obtain information from suspects or accused persons when the said ‘Confessional statement obtained by the Police in contravention of Section 35(2) of the Constitution is illegal and inadmissible in evidence in accordance with Section 29(2) of the Evidence Act’.

Also, Section 35 sub section 2 of the Nigeria Police Act 2020 provides thus:
The police officer, the person making the arrest or the police officer in charge of a police

station shall inform the suspect of his right to:

(a) Remain silent or avoid answering any question until after consultation with a legal practitioner or any other person of his own choice.

(b) Consult a legal practitioner of his choice before making, endorsing or writing any statement or answering any question put to him after arrest.

Furthermore, Section 17 of the Administration of Criminal Justice Act 2015 provides as follows:

“Where a suspect is arrested on allegation of having committed an offence, his statement shall be taken, if he so wishes to make a statement”.

From these various laws above on the subject matter, which has given every citizen the right to remain silent when arrested and even in the course of trial in court, it is clear that it is unconstitutional and illegal when the police and other prosecuting agencies use torture and coercion of any kind to obtain information from suspects particularly confessional statements.

Section 28 of the Evidence Act provides that a confession is an admission made at any time by a person charged with a crime stating or suggesting by inference that he committed a crime. A confession cannot be used against an accused person unless the Court is satisfied that it is voluntary; thus, any clear circumstance of inducement, threat, oppression, torture or an

An extra-judicial statement made by an accused person that was not made voluntarily is not admissible in evidence in courts. Where the accused person denies making a statement at the Police Station voluntarily the court will go into a mini trial called “Trial-Within-Trial” to determine whether the statement was voluntarily made or not. Sometimes trial-within-trial take months and years before conclusion thereby prolonging the entire trial. But If Police officers and officers of other prosecuting agencies carried out their duties as provided by the law particularly as it relates to obtaining statements of suspects, the number of trial-within-trials will be greatly reduced thereby reducing prolonged trials.

Section 5 of the Nigeria Police Act, 2020 provides that the Police Force is responsible for promoting and protecting the fundamental rights of persons in police custody as guaranteed by the Constitution and shall collaborate with and maintain close working relationship with any Government agency or relevant private initiatives in the establishment of schemes or mechanisms offering legal services to accused persons, detainees or accused persons in Police custody in need of legal services to ensure that they have full access to justice as laid down under the relevant provisions of Chapter IV of the Constitution.

Following these provisions of the Nigeria Police Act, 2020, we call on the Police to not only enforce the law but to also respect the rights and dignity of citizens and suspects under police custody as regards making of statements as well as other circumstances. We as citizens also have the responsibility to always be ready and willing to be true to the law and its officers and to hold those in authority accountable to the law whenever there is a breach. That would serve as a deterrent or control over them in the future.

CAPIO Calls for Sustained Training and Re-Training of Policing Agencies....