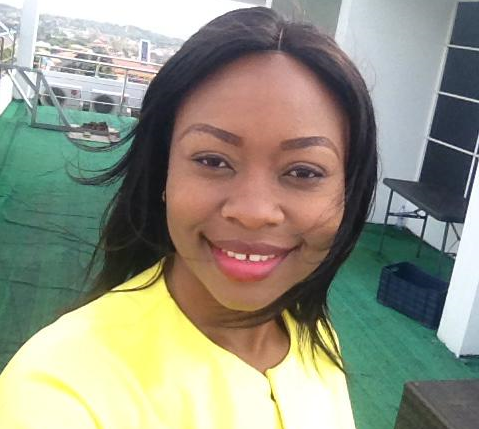 It is a truism of the fact that children and young people learn more by imitation or modeling. Among behaviorists (psychologists who are well oriented in the behaviourism school of thought), modeling connotes the exposure an individual receives from one or more significant persons who demonstrate behavior to be adopted by an individual. They are also of the view that modeling is the bane of acceptable and unacceptable behaviour whether at home, school, church, workplace and even social media.

Although human behaviour is a function of nature and nurture, the fact that children and by extension young people learn a lot by imitation is a major source of concern, some adults unfortunately are not left out in this as well. This is one of the reasons J.B Watson a famous behaviorist believes strongly that every individual is a product of his/her environment, hence he is also notable for his famous quote thus,

“give me healthy dozen infants, well-formed, and my own specified world to bring them up in and I’ll guarantee to take any one at random and train him to become any type of specialist I might select—doctor, lawyer, artist, merchant-chief and, yes, even beggar-man and thief, regardless of his talents, penchants, tendencies, abilities, vocations, and race of his ancestors”

The above famous statement by this notable behaviorist, goes a lot to show how modeling especially from significant persons, can influence the lives of young people. With the rising trend in criminal activities as well as moral decadence in our society, it behooves on us to examine causes as well as the consequences of the kind of behaviour we model to the younger generation, in order to proffer adequate solutions. In trying to x-ray this, it is imperative to consider the very first institution that serves as the first agent of socialization, which is the family.

Agents of Positive and Negative Modeling

Family
What we model or portray to our children especially within the first 5 years of their lives, has significant impact in their lives. When we model injustice and wickedness (especially to our wards), our children grow up with the impression that some people are more important than the others and as such should be treated unjustly, which is why some young people tend to loose sense of fairness very early in life.

Consequently, when we model immorality and other negative behavior such as consumption of illegal drugs before them, flaunting ill-gotten wealth, disregard for the rights and feelings of others, they are more likely to grow with apathy and with the impression that injustice and other forms of social vices are the order of the day.

Ergo, when we do not instill confidence in our children, they tend to think lowly of themselves and more likely to be influenced by people who could have negative impact in their lives, such as cultists as well as men and women of easy virtue.

Apart from the family, another agent that models behaviour that young people easily imbibe is the peer group. How powerful this group is in modeling behavior cannot be overemphasized. Just like the popular saying goes, “show me your friends and I will tell you who you are”. Some people have attributed this to the fact that young people get drawn to each other and sometimes feel that the older generation, have no clue of what they need or what they might be going through and as such, they need like minds that will reassure them, rather than chastise them. Also adolescence and early adulthood is considered as the period of storm and stress, due to the biological and social changes that such a developmental stage is fraught with.

In addition to this, some religious institutions that also serve as an agent of socialization, that are supposed to model positive values turn round to model and emphasize heavily on wealth and materialism. This in turn makes young people to think that money is all that matters in life, irrespective of however and whatever means one resorts to in order to acquire it. For some young persons, the end justifies the means instead of vice versa, so long one in not caught in the illegal means that gives him/her money or finds a way of giving back to the society or the church.

Furthermore, another veritable tool of socialization which is our institutions of higher learning, that should serve as centers of excellence, (where negative behaviors are modified and positive values extoled), in addition to serving as a fora where young people are compelled to model their behaviour according to the teachings and lifestyles of the academic world (academia), lack credible professionals who seem to have being caught up in the web of corruption. In our high schools (secondary schools), professional guidance counselors are grossly lacking and where available, are found wanting in skills needed to model the right behavior to their students.

In x-raying this situation still, one cannot neglect the influence of a very powerful modeling tool known as the media (social media). This no doubt, has brought a lot of benefits such as knowledge acquisition, entertainment, connecting to other human beings and in a nutshell, turned the world to a global village. On the other hand, it has succeeded in modeling negative behavior to young people, in the sense that young people view and imbibe what ordinarily they would not be allowed to watch at home (e.g. pornography, violent videos or frivolous life style of some celebrities, they see as role models) as well as engaging in unhealthy rivalry among their peers which leads to criminal behavior or even psychological problems such as anxiety, depression and even suicide, when they are unable to meet up with ostentatious lifestyles.

Parents and caregivers should try and model positive behaviors and values that young people can emulate as well imbibe. In addition to this, trying to instill confidence in young people will enable them to withstand the pressure of negative behavior from peer group and social media. As much as is possible, parents need to regulate as well as monitor what their children view on television (especially cable TV’s) and smartphones.

Professional guidance counselors with modeling skills, should be employed in all secondary schools, to ensure that they model right behaviours needed to keep young people away from crime, as well as make the society a much better place. Their skills should also enable them to identify young people who are in dire need of positive modeling, probably because they do not have parents, caregivers and peers who can model the right behaviours to them.

In tertiary institutions, universities to be precise, departments of psychology should try and set up psychological service centers, where young people who are at risk of negative modeling can go to seek the services of trained psychologists to help them model the right behaviour.

Religious leaders should preach what they swore to preach and also try and practice what they preach. The emphasis on an ideal world centered on materialism should be substituted with teachings that the real world is fraught with ups and downs that individuals should be acquainted with. Doing so will make them to realize that being poor or in a difficult situation is not enough to indulge in crime or feel depressed. Hearing this real teaching from men and women of God who many see as role models, will go a long way to curb the quest for materialism and reduce criminal behaviour.

Morley, K. & Hall, W. (2003). Is there a genetic susceptibility to engage in criminal acts? Trends and issues in crime and criminal justice, no 263. Canberra: Australian Institute of Criminology. http://aic.gov.au/publications.tandi/tandi263

According to the defendant (name withheld) he lost his phone...