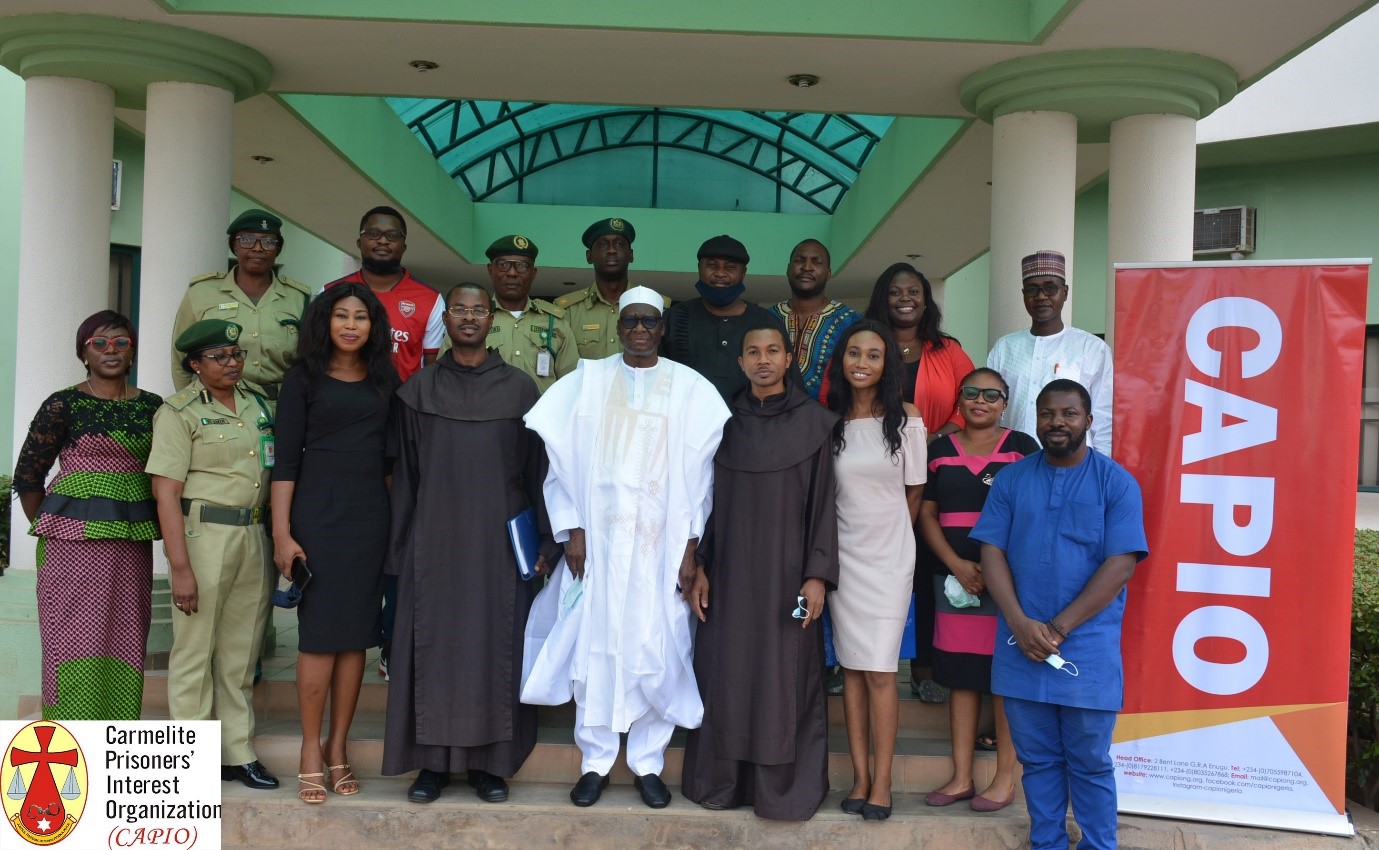 Pollrite 23 is an initiative of the Carmelite Prisoners’ Interest Organization (CAPIO). The project aims at ensuring voting rights for inmates by the 2023 general election in Nigeria. Through meetings with the key stakeholders, a community engagement strategy will be developed to guide the project at the grassroots while a high-powered engagement with stakeholders including the INEC, Federal Ministries of Interiors and Justice as well as the Presidency will also happen. 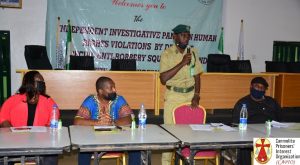 Stakeholders are critical to the success of every project, to this end CAPIO on the 22nd of October 2021, engaged key stakeholders of Pollrite23 project in Abuja. In attendance were representatives from the Ministry of Interior, National Orientation Agency, National Human Rights Commission, Nigerian Correctional Service, Ministry of Justice, Civil Society Organizations (CSOs), and Voice Nigeria. A representative of the Honourable Minister of Interior, Michael Anugwa, assured stakeholders of his unflinching support from the Minister of Interior, Hon. Ogbeni Rauf Aregbesola. 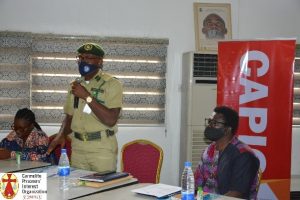 The Director-General of the National Orientation Agency (NOA), Dr. Garba Abari expressed the willingness of NOA to associate with the Pollrite23 project, he further promised to support CAPIO with volunteers from his agency for the successful implementation of the project. A representative of the Honourable Minister of Justice lauded the initiative behind Pollrite23 project while stating that the Ministry will always support the rights of everyone, therefore open to supporting the project. In the same vein, a representative of the Controller General of Corrections expressed the willingness of the institution to work with CAPIO in actualizing the project goals. 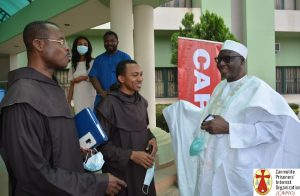 Following the willingness of the National Orientation Agency (NOA) to support Pollrite23 project as expressed by the Director-General, Dr. Garba Abari, CAPIO team led by Fr. Jude Isiguzo (OCD), the Executive Director on Wednesday 10th November 2021, paid an advocacy visit to the National Orientation Agency (NOA). The team was well received by Dr. Garba Abari – DG NOA, and CAPIO used the avenue to remind the DG NOA of his promise to assign orientation officers to support the implementation of Pollrite23 project across the pilot states. Dr. Abari thanked CAPIO for her contribution towards a safe and just society as well as upholding the rights of inmates. As a result of the advocacy visit to the National Orientation Agency, three (3) staff of the agency have been assigned to support the implementation of Pollrite23 project, while a memorandum of understanding is to be signed between the agency and CAPIO. 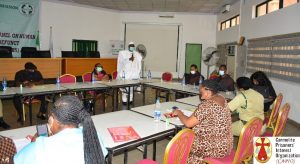 The Director-General of NOA further promised to support interventions by CAPIO in every possible means knowing that the campaign for the rights of the vulnerable groups is a campaign that should be supported by the government and everyone.

Building on engagement with stakeholders towards effective implementation of Pollrite23 project, the Independent National Electoral Commission (INEC) and National Orientation Agency (NOA) were further engaged. Also, an election implementation framework has been developed through a pool of consultants in the fourth quarter of 2021. CAPIO team led by the Executive Director Rev. Fr. Jude Isiguzo (OCD) on the 11th of November 2021 paid an advocacy visit to INEC. The team was warmly received by the National Commissioner Outreach and Partnership Committee—Dr. Adekunle Ogunmola, and a representative of the INEC Chairman, Professor Mahmood Yakubu. Dr. Ogunmola expressed the willingness of his commission to work with CAPIO on Pollrite23 project and equally pointed out that INEC had worked with the Nigerian Correctional Service (NCoS) in developing an electoral framework. The initiative by CAPIO was therefore welcomed by the electoral management body. He suggested the same framework used for conducting elections for Internally Displaced Persons (inter-state and intra-state). The INEC Gender and Inclusive Officer who was present at the meeting expressed the willingness of the INEC Gender Focal Officer to support Pollrite23 project.
Having engaged stakeholders who supported Pollrite23 project, a team of consultants was engaged for the development of the electoral framework. In the second week of December 2021, the consultants met and developed an electoral framework. The developed electoral framework will be validated in 2022.
Pollrite23 project is proudly sponsored by Voice Nigeria.