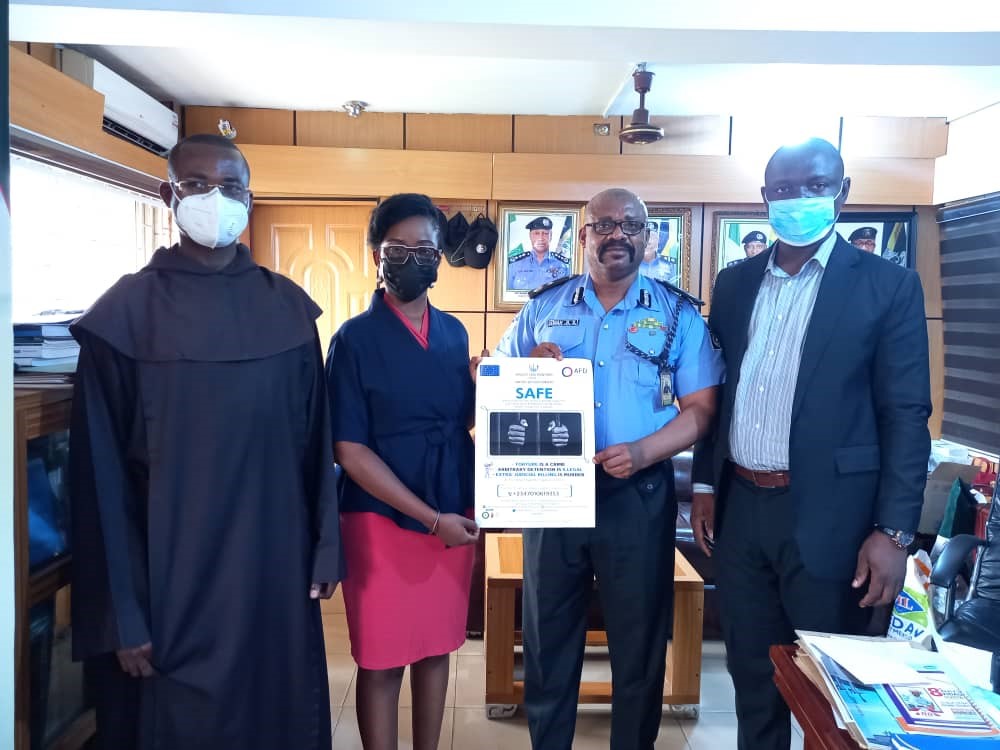 In line with SAFE project objectives aimed at promoting Human Rights in Nigeria, the Carmelite Prisoners Interest Organisation (CAPIO) in collaboration with Avocats Sans Frontières France (ASF France), and the Nigerian Bar Association (NBA) held a series of advocacy visits and human rights trainings for security agencies in Lagos State. The activities were carried out on the platform of the “Strengthening the National Actors Capacities and Advocation for Ending Severe Human Rights Violations in Nigeria project” (SAFE), which is targeted at addressing human rights violations of torture, extra-judicial killings and arbitrary detention. 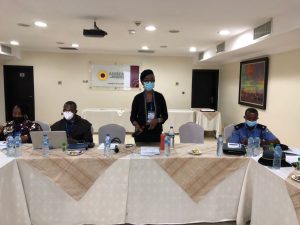 The advocacy visits were carried out on the 20th – 21st of September, 2020 with the aim of strengthening ties with relevant stakeholders and sharing updates on the implementation of the SAFE project in Lagos State. The SAFE project team visited the State Coordinator, Legal Aid Council of Nigeria (LACON), Lagos State, the controller of the Nigeria Corrections Service (NCS) Lagos State Command, the Second-in-Command (2IC) of the Nigeria Police Force (NPF) Lagos State Command. All stakeholders visited were pleased to learn about the current state of the implementation of the SAFE project, and affirmed their continued support for the progress of the project in the state, which would further translate to the elimination of human rights violations in the state. 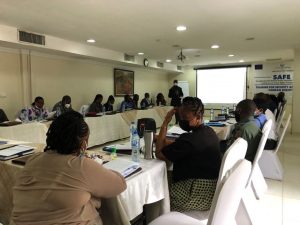 The training for security agencies on human rights took place on the 22nd – 24th of September, 2021. The 3-day training served as a follow up to a similar training held in July this year. It was aimed at consolidating the knowledge gained so far on the issue of security agencies compliance to human rights laws and standards. The training for security agencies on human rights had in attendance 30 security personnel drawn from the; Nigerian Police Force (NPF), Nigerian Army (NA), the Department of State Security (DSS), Nigerian Airforce (NAF), NSCDC (Nigeria Security and Civil Defense Corps), Nigerian Customs, and Nigerian Drug Law Enforcement Agency (NDLEA).  The training largely improved the knowledge of the security officers in attendance, with most of them committing to the newly learnt standards and even cascading the knowledge gained to other officers at their places of work.

Beneficiaries of the training were also equipped with skills on how to conduct a step-down training to enable them perform a knowledge-transfer to other security agents in Lagos State. The ASF France program team would continue to monitor the effectiveness of these step-down trainings and provide support where necessary.

The SAFE project is co-funded by the European Union (EU) and the Agence Française de Développement (AFD), and is being implemented by Avocats Sans Frontières France in Nigeria, in partnership with the Nigerian Bar Association and the Carmelite Prisoners’ Interest Organization (CAPIO).