(Name withheld) according to him saw a lady urinating on a portion of land forbidden to be urinated on and he told her it was abominable and what to do. He volunteered to help her get the items for the cleansing. Unfortunately, the father of the lady whom she had come to market with started looking for her as he did not know where she was. He later found her in his company and he explained to him what happened. Some days later the father of the girl returned with some police men to arrest him. He alleged that he had raped his daughter. He was taken to the State CID for interrogation and he was detained. Later he was arraigned in court and subsequently remanded to prison custody. Due to the pathetic nature of the matter and the fact that the defendant could not afford the services of a private legal practitioner, the court referred the matter to CAPIO. CAPIO swung into action immediately by applying the provisions of the Enugu State Administration of Criminal Justice Law, 2017 in seeking for his unconditional release. The court obliged the application and he was unconditionally released on the 4th day of March 2019. He was very grateful to CAPIO for her assistance in securing his release.

A 28-year-old man who lives with his family at Akpugo,... 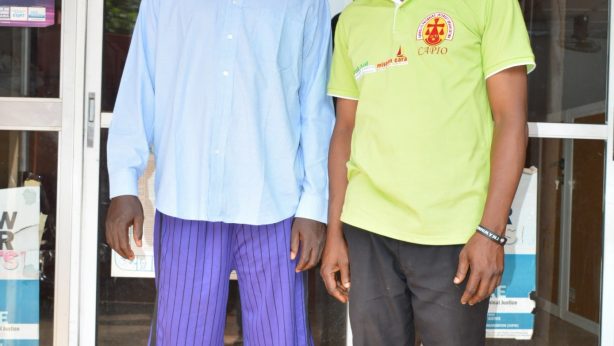