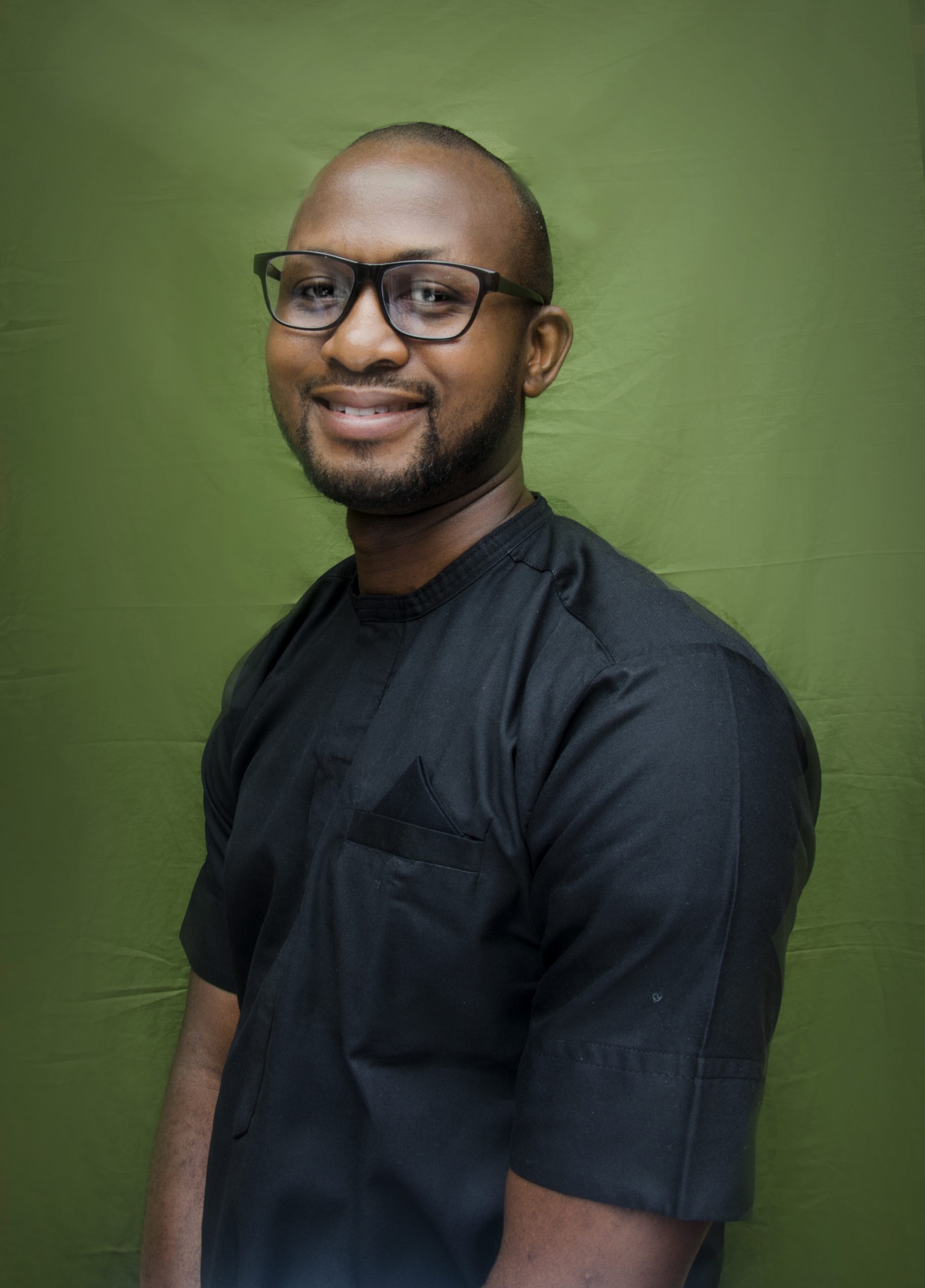 Security of lives and property is key to preserving the tenets of State, the absence of which could result in State failure. The contemporary State gained traction from the social contract theory, to prevent “anarchy” in the Hobessian state of nature where life was solitary, poor, nasty, brutish, and short. Social contract theory which centers on curbing anarchy in society ensures the enforcement of law and order. There is common parlance that “every household in Nigeria is its local government”, upon providing water (borehole), power (generating set/solar), and security (dogs, paid security staff). Households perform duties which in sane climes should be the sole responsibility of the State. What is, therefore, the rationale for submitting one’s right to a sovereign, when one’s life is continually at the mercy of bandits, kidnappers, road accidents (bad roads), and terrorists?

Enugu residents used the new media to express dissatisfaction over water scarcity, youths in 2020 used various means in demanding an end to police brutality (End SARS) in Nigeria, brute force was used, some were killed, injured, while the various State Investigation Panels have been made a caricature. What message does this send to the masses? Should the masses still trust the State, or should self-help be the order of the day? Self-help will create chaos; however, it is pertinent to understand the body language of this Administration as it relates to the security of lives and property. A statement credited to the Governor of Bauchi State (Bala Mohammed), the spate of insecurity in Nigeria necessitated herders to bear AK47 for “self-help”. By the above, the Governor of Bauchi State rationalizes individuals or groups to bear arms for self-preservation, therefore faults the government for failing the masses considering rising security challenges. While this promotes anarchy and a reversal to the Hobbesian state of nature, one is left to wonder if this explains why political thugs are armed during the electoral period. 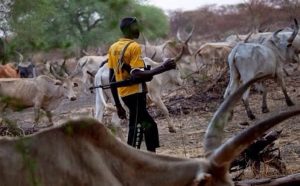 The American Government not negotiating with terrorists[i] is a clear US government counter-terrorism policy thrust. What seems to be Nigeria’s policy trust on insecurity and counter-terrorism? Less I forget, 10th October 2020 goes down the anal of history on the value the State places on the lives of citizens who bore no arm against the State, however, those who challenge the States’ monopoly of the use of force are granted amnesty or paid a ransom. A statement credited to President Buhari seems to grandstand on the payment of a ransom to bandits[ii], while the room has been created for contract billionaires. One question which begs an answer is, is the recent “kidnapping” and ransom payment a novel approach in looting the treasury? Sheikh Gumi who has become an expert negotiator with bandits has advocated for a rebrand in the nomenclature of “bandits” and requested amnesty for bandits on the grounds that if coup plotters were forgiven, bandits should[iii]. In early 2020, the Nigerian government granted amnesty to 608 repentant Boko Haram insurgents[iv], rehabilitated them using tax payer’s money and reintegrated them into society. If repentant Boko haram insurgents could be absolved of their crimes, why are repentant criminals in Custodial Centres of the Nigerian Correctional Service not forgiven? What explanation does the State have for over congested Custodial Centres of petty thieves when bandits are walking free, paid a ransom, and may have presidential/State pardon? 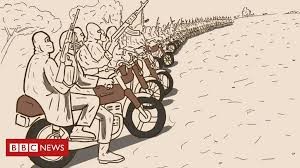 With ongoing discussion on the need to grant amnesty to bandits, “the President has ordered security forces to shoot anyone seen with sophisticated weapons like AK-47”[v]. Will drastic measures be taken towards curbing the spate of insecurity in Nigeria? This was rightly answered by the Minister of Information (Lai Mohammed), who claimed that the Federal Government will not destroy the forest where bandits use as a hideout for kidnapping and other nefarious activities, given that flushing out the bandits will destroy the ecosystem[vi]. The state should be commended for effecting the release of kidnapped citizens, however, it poses a security challenge, ransom payment will encourage more kidnap cases. Using the ecosystem as a guise for not addressing security challenges in Nigeria will be clueless, to say the least. The body language of the State has shown selective attention to insecurity in Nigeria, the same government which used air and ground support to clampdown Imo State (Orlu), all of a sudden, have a sentimental attachment to the ecosystem, without addressing activities that affect the ecosystem, such as gas flaring, oil spillage, among others within her control. If repentant bandits helped secure the release of abducted school girls[vii], there is intelligence which the state is unwilling to act on, for whatever reason. Security agents have overtime lost gallant officers, whose families were either thrown out of the barracks or not taken care of when compared with repentant Boko Haram members. The lopsided Criminal Justice System and neglect of insecurity situation in Nigeria explains why Sheikh Gumi would seek amnesty for bandits and rationalize killings by bandits as accidental[viii]. The State has however remained silent, but her body language speaks volume, particularly with the ambassadorial role granted former service chiefs. A gun is for two purposes, to threaten and to kill, nothing is accidental about it! 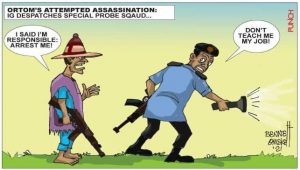 The masses go to bed expecting which location will be the next target, as we internalize the recent kidnap of students at the Federal College of Forestry Mechanization Afaka- Kaduna, the killing of six- family members by gunmen in Osun State, attempted assasination of Benue State Governor (Samuel Ortom) which the Fulani National Movement (FUNAM) in a statement, claimed responsibility for and promised to eventually kill him. The President through his Media Aid requested the Inspector General of Police (IGP) to investigate the attempt on Governor Ortom, irrespective of a group claiming responsibility for it. In all good intents and purposes there has been a collosal failure of the current administration to provide quality leadership. I would leave you with questions and a statement by @G_sparking attributed to late General Sani Abacha: “if insurgency lasts for more than 24 hours, the government has a hand in it”, how true is this in the context of deplorable security situation in Nigeria? Has incompetence and lack of trust in the Nigerian security framework encouraged citizens to resort to self-help? If a sitting Governor could be attacked, is anyone safe in Nigeria? Is the State concerned about the safety, security of lives and property in Nigeria? As the House of Representatives deliberates on the right of adults to carry arms for self-defense under “Firearms Amendment Bill”, Where do you see this nation in the next 5 years?